Cross Over Into 3D Stitching

In essence, cross stitch is an optical illusion. Like computers, televisions and even our own brains, the patterns are made from a collection of small coloured dots that we've taken and arranged to resemble a meaningful image. Indeed, your weaving back and forth is very similar to a process used by TVs called 'progressive scanning', whereby the picture is created by interlacing a beam between even and odd numbered lines on the screen (albeit it works much faster than even the speediest of stitcher could!)

The method for leaving humble flatland however and making a fully 3-D cross stitch pattern is largely different to the ways cinema screens attempt to evoke the third dimension. We've written on the blog before about our range of 3-D cross stitch patterns, but this time we'd like to go further into the unique approaches taken to make these designs come alive and really grab you.

The Nutmeg Company are true masters when it comes to 3-D cross stitch designs. One of the most strikingly impressive and popular styles is pictured above. Fully rounded and detailed to the last window, The Castle Inn 3D Cross Stitch Kit is put together by completing each section individually atop the included plastic canvas, before placing and stitching them together.

Aside from the obvious novelty of making a pattern that's not just restricted to one surface, their eclectic choice of cottages, keepsakes and animals make use of multiple shapes and detailing. Their houses in particular actually look like they'd be architecturally sound (we certainly wouldn't mind living in one...)

But of course building your own fabric house isn't so much making something that appears to be 3-D as actually making a fully solid object. Well, the other avenue that Nutmeg dabble in is 3-D cross-stitch cards. These highly personal and thoughtful gift ideas exist on one layer of cloth, but the use of background, layering and shape of the traditional folded card give plenty of room for ingenuity.

As we're in the midst of summer and, subsequently, the wedding season, let's look at this adorable knot-tying-celebratory Bride & Groom Deluxe 3-D Cross Stitch Kit.

The effect is obvious to see, but nevertheless enchanting. The fold in the card along with the cut-out of the bride creates a negative space between her and the husband-to-be. Try mentally rotating the card to the right and you'll see how a quick change in perspective marches the woman down the aisle, putting the newly-weds side by side.

Taking this point of view into account has also helped The Nutmeg Company engineer many other greeting cards to excite and amaze. Their Ruby Anniversary Card Kit lets you unlock the momentous years of blissful marriage, the Making Mischief Kit depicts a cheeky cat that really looks like he's going to pounce, and in the Christmas Village Kit you get to look up at a snowy winter town from the bottom of a hill (keep an eye on the blog for more merry multi-dimensional goodness to come...)

Don't forget to check out The Nutmeg Company's facebook page for up to date news on all their upcoming products and events.

And of course, whether you have a finished 3-D stitch for us to ogle at or thoughts about the patterns themselves, let us know on our facebook, twitter, google+ and pinterest pages. 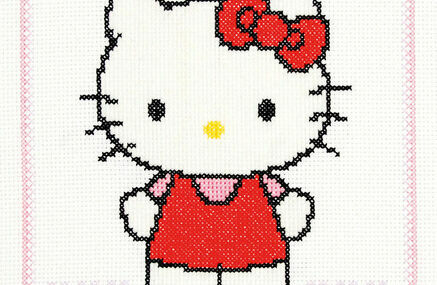 Patterns based on popular characters have proved to be an easy way to get children into cross stitching, and are no doubt a major factor behind the past time's boom with young people over the last few years. Nearly everyone from Mickey Mouse to Spongebob has 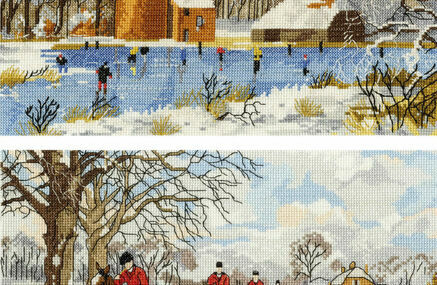 When looking for a trusted supplier of good craft goods and cross stitch kits, three words comes to mind: 'Experience', 'Tradition' and 'Expertise'. In all three areas, our highlighted brand of the week reigns supreme. And we need no further proof of this 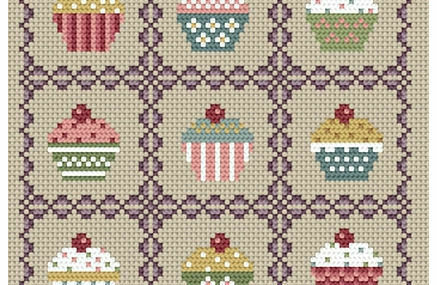 When there's a true passion and love for crafts behind a designer's work, it really shows. From the overall range of products, to the idea at the core of every cross stitch kit, we love bringing in patterns and pieces that embody all the things we love best