The History of Cross-Stitch

While we all know just how popular cross-stitch is these days, did you know that it’s actually one of the oldest forms of embroidery and can in fact be found all over the world? Today’s blog looks at the interesting history of cross stitch as well as just how popular it’s become in the UK.

As mentioned above, cross stitch is one of the oldest forms of embroidery in the world. Examples of it can be found almost everywhere, but especially on clothing from continental Europe and Asia. The oldest known cross-stitch sampler actually resides in Pilgrim Hall in the US and dates back to 1653.

Cross stitch was traditionally used to decorate items like dishcloths, linens and doilies. Usually, just a decorative border would be stitched, not the whole thing. Folk embroidery, like that found in Eastern and Central Europe, was usually geometric or floral patterns which would be stitched in black and red.

While simple designs are still quite popular and people do still stitch to embellish household items, cross stitch as a hobby has changed a lot in recent years. Cross-stitch kits that create a piece of artwork for people to hang on their walls are easily the most popular way to stitch. However, what haven’t changed are the materials, or more specifically, the thread. Cotton floss has been used for years and it is what is still used today.

There has also been a bit of a resurgence in the popularity of cross-stitch, especially in the UK. In fact, I touched on it in a previous blog which you can read here. This is probably helped by the “make do and mend” mentality, promoted by the current state of the economy. In fact, John Lewis enjoyed a 17% rise in haberdashery items between 2009 and 2010 and it seems that most of these new fans are from a younger generation.

These younger fans have led to more modern and sometimes even subversive or tongue-in-cheek cross stitch designs becoming popular. In fact, I’m just about to start a piece as a gift for my local tattoo studio; a traditional sampler that warns people off cheap tattoos. I’m also going to stitch my sister’s birthday present; a picture of the TARDIS from Doctor Who!

Cross stitch really has gone from strength to strength in recent years and now is a great time to be a fan of the hobby. If you’ve never tried it before, get yourself a cross-stitch kit and see what all the fuss is about! Just be sure to join us on Facebook, Twitter or Google+ and let us know how you enjoy it! 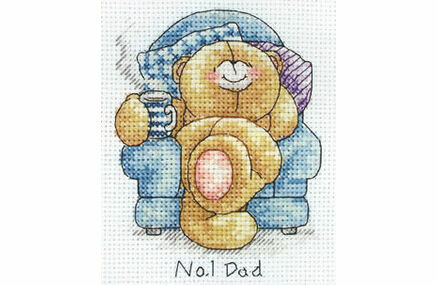