As great as our love for cross stitch kits is, we believe no one should be allowed to move on from school until they've completed at least 10cm of consecutively knitted stitches! We feel this simple requirement would let those who genuinely don't like knitting admit they gave it an honest go, and it would also certainly attract a whole new, wider audience to this fun, practical hobby. That may never happen, but you can still atone for your reluctance to pick up those sticks and fashion a scarf with Past Impressions' own guide on How To Knit:

Most knitting tutorials often like to skip this part and assume you've got one handy, but in case you're not so well equipped, or if you just prefer to be more hands on here's the breakdown on how to build up:

OK so you've got your needle, your yarn and bountiful determination; what's first? Well, you need a foundation to work on. This comes in the form of a row of stitches, the process of making is called 'casting on'. To do even this, you need to know how to make something called 'a slipknot'.

Bear in mind this guide is for right handed knitters. For lefties, the needles are reversed. Find the end of the yarn, and from roughly 12cm (5") from that end create a loop by winding the shorter end over the long end that's closer to the yarn ball. Keeping this circle together with your index finger and thumb, slide the long end of the yarn underneath the loop. Catch this newly formed loop with your knitting needle, and gently pull both the end of the yarn and tail (the bit leading to the ball) to tighten so that it fits snugly around the needle. Ideally you don't want it too tight, so make sure you can move it up and down the needle. So that's the easy part, now it's time to 'cast on' some stitches. These secure the initial stitches of your fabric. With your slipknot attached, 'drape' the working yarn (the piece that leads to the ball) over your left hand, hooking it around your thump and dropping it over your palm. Slide the needle between your palm and the yarn resting on top of it, and remove the palm from the equation. There should now be a loop formed around your needle, which you need only pull tight to cast on your first stitch! Once you've repeated the cast-on process (ideally 10 or so times), it's time to knit some honest-to-crafts stitches. For this blog, we'll focus on the most simplest of these. That's all the space we have here. In a later blog we may cover 'Casting Off' so you can finish your pieces, but for now you can check out a guide to do so here.

We intend to visit other ways of knitting in later blogs. If you have any suggestions, you can post them here in the comments, or pass them our way via Facebook, on Twitter or through Google+. 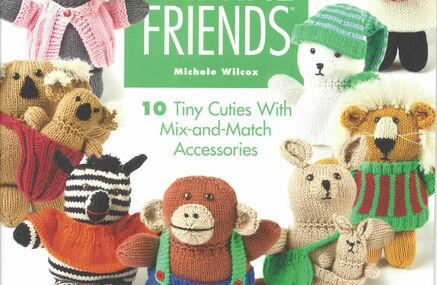 The Rise of KnittingMonday, 9th of June 2014

A hobby that commands so much of a crafter's time, supplies and demand, knitting is a diverse activity that can play the part of hobby, occasional source of income or even a full-time job - depending on who's holding the needles. It's gone through many advancements 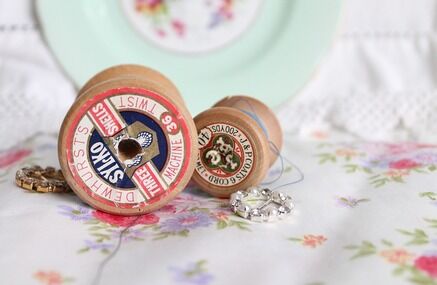 5 Celebrities Who Love To Needlecraft!Monday, 15th of September 2014

Among the celebrities who's life sounds the most hectic and involving, the thought of an internationally renowned actor/actress, singer or any other kind of superstar taking time out their day to cast on a few lines or finish up the border on a sample seems 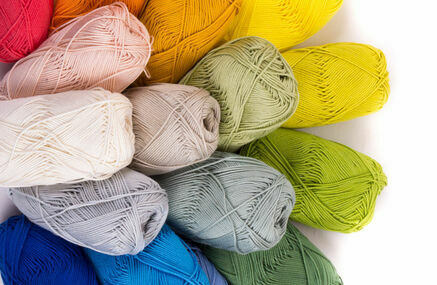 As the days get colder in the run up to Christmas it can be difficult to decide upon a comfy cosy knit to make for family and friends. After years of possibly creating hundreds of different scarves and hats, this year why not experiment with a different design,